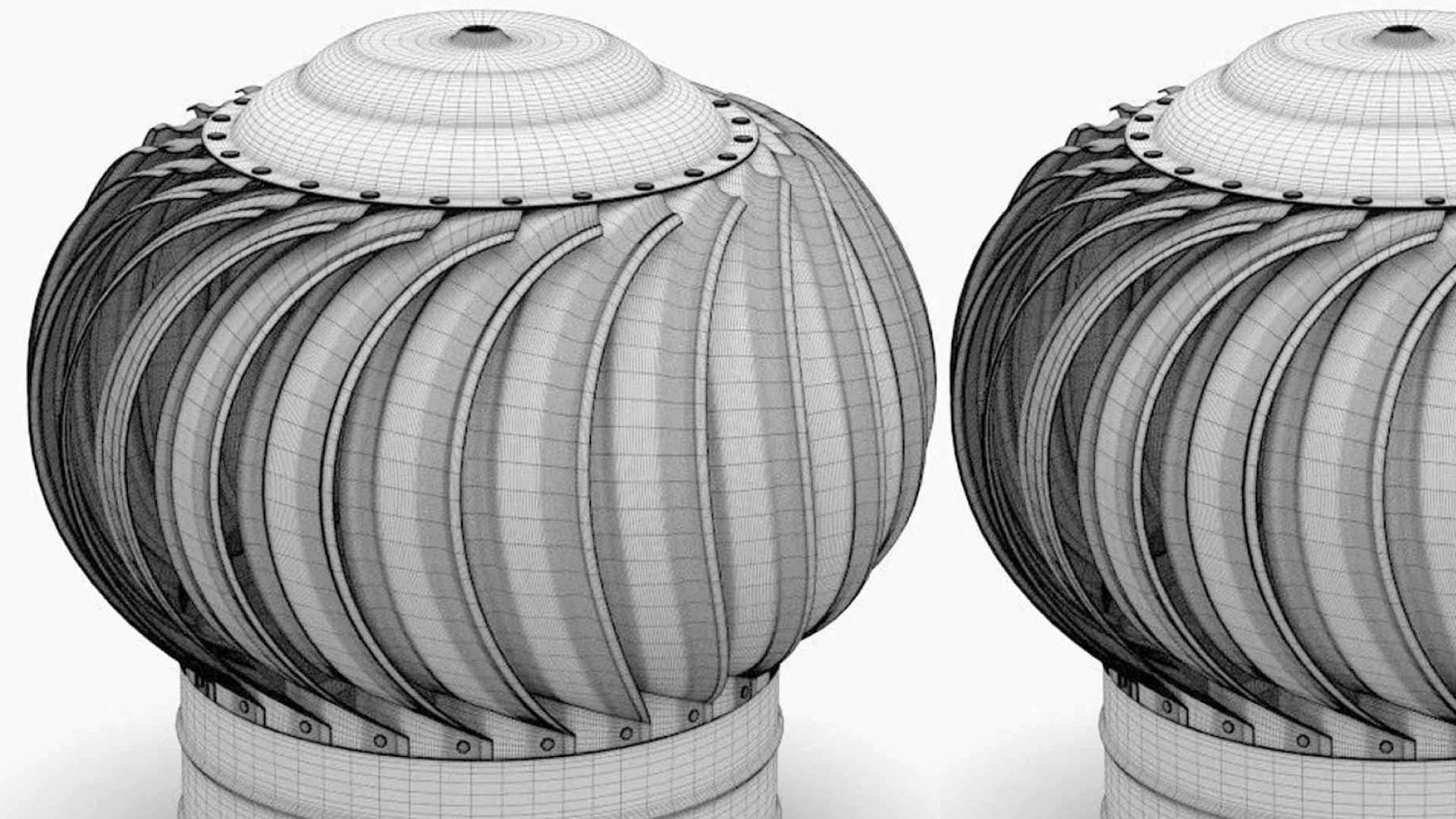 Looking at the design of a whirlybird, you could be forgiven for thinking it would be at severe risk of letting rainwater into your building. After all, it is a relatively open design, and the flow of air from inside the property is unimpeded in its path to the outside, which would imply there might be a similarly open path for rainwater to get inside.

So, do whirlybirds leak?

Well, actually no, they don’t. The design is such that water is prevented from getting through the fins and into the turbine itself, regardless of whether it is a windy day, or the rain is heavy or light. If you’d like to know more about how whirlybirds prevent rainwater from leaking into the house, keep reading. 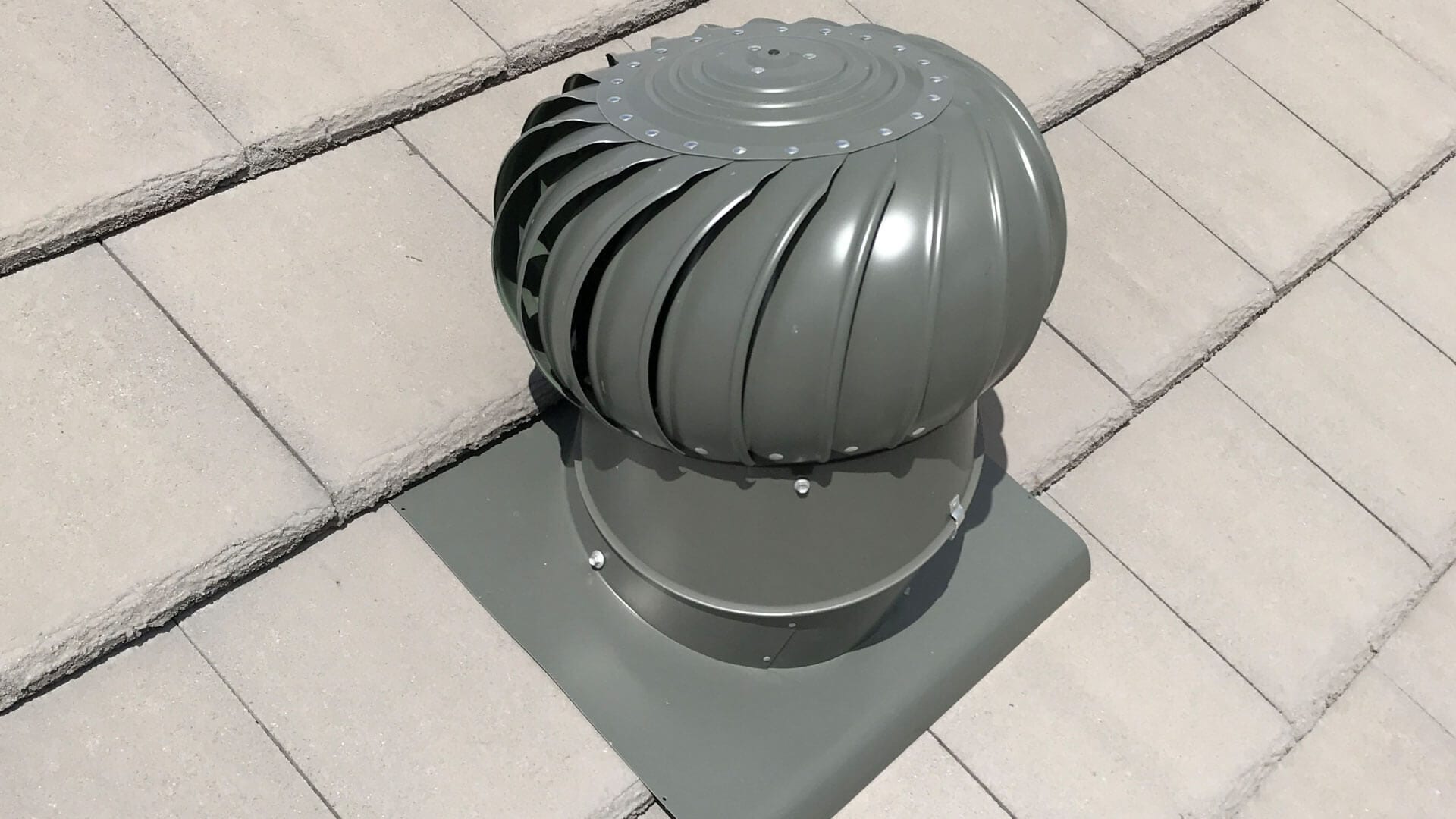 Why Would a Whirlybird Leak?

Firstly we should clarify that we’re talking about a fully functional, non-faulty whirlybird. Of course, a broken one could let water into your property, and in that case, you would undoubtedly want to get it repaired or replaced. In the case of a whirlybird that does not have any problems, why would someone think it might leak?

The design of the whirlybird features a short tube that connects the internal space of an attic or upper area of a building, with the outside world. The inside of that tube contains a turbine that, when spun, sucks the internal air from inside the building up into the tube, where it is exhausted through the top of the vent. At the top of the vent is a spherical construction made of fins that are designed to catch the wind and rotate. This, in turn, rotates the turbine inside.

Of course, while the design is undoubtedly intelligent, it does appear to be susceptible to water getting past the fins and into the vent itself, where it would be a straight fall down into the building. 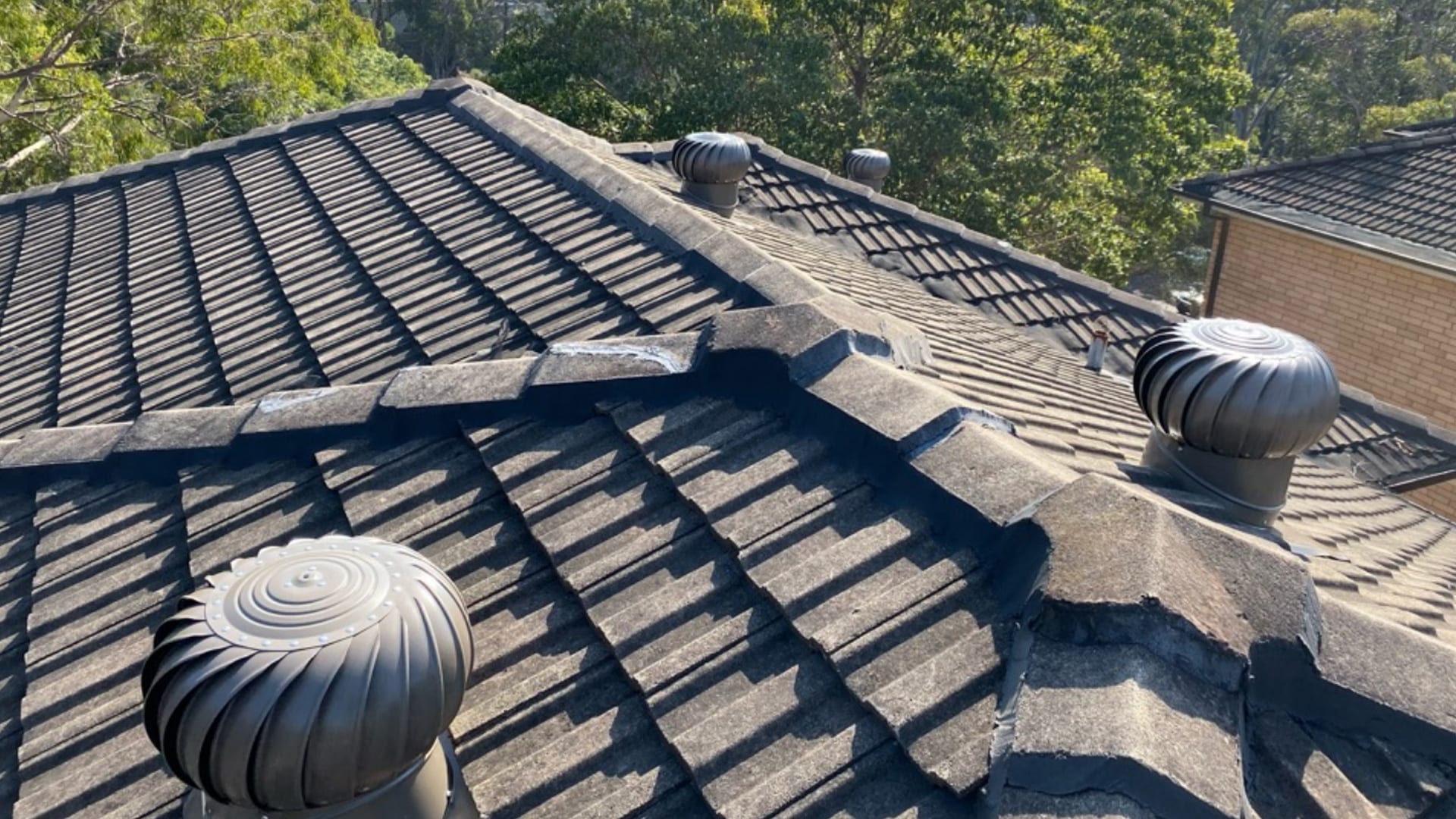 The design of the fins is such that it spins when there is wind, regardless of the direction the wind is coming from. It is this spin that drives the internal turbine, but it also prevents water from getting in through the gaps in the fins. Any water lands on the vent will be immediately spun off by the rotation.

When there is little or no wind, the whirlybird will not be spinning or will be turning very slowly, and there will not be sufficient rotation to cast water away. However, if you look closely at the design of the fins, they are angled in such a way as to ensure that water runs down the outside of the housing and drops safely onto the roof. Even in heavy rain, there should be no fear of water getting into the vent itself.

There are less common ways in which a lack of roof ventilation can damage your home through water ingress, such as ice damming. This is where the heat buildup in the attic during winter causes the snow on the roof to melt in the middle. That melted snow runs down the roof and refreezes near the edges, where it is cooler. This is an ice dam. It prevents further melted snow from running off of the roof, and that water then backs up behind the dam and leaks back under the shingles and into the property itself.

On top of preventing water from getting into the property from the outside, one of the primary functions of roof ventilation products like the whirlybird is to prevent moisture from building up on the inside.

The air inside a building that is in active use will inevitably collect moisture. It may be humidity from the climate that causes that moisture, or perhaps from sources of steam, such as appliance exhausts or hot water. Human breath is also a contributor to that moisture and a significant one in commercial buildings with a lot of people inside. The moisture that collects in the air will invariably make its way upwards, as warmer air rises. Sooner or later, it will encounter the cooler surface of the roof itself. Here, the cooling of that warmer air causes the moisture to condensate, forming liquid water which can then go on to create all manner of problems in the property.

By pulling that warmer, moist air out of the building, the whirlybird vents prevent the moisture from condensing into water. This means that not only do they not leak; they actively prevent water from forming inside the property.

What Could Cause a Whirlybird to Leak?

As we mentioned, an intact whirlybird should not leak; however, there can be issues arising from the improper fitting of the vent—or from simple wear and tear—that can lead to a leak.

Should a whirlybird vent not be installed correctly, the most likely culprit of a leak would be the base of a whirlybird where it meets with the roof. There is a flat plate that acts as an interface between the roof and the vent, and if it is improperly secured, or if it has not been sufficiently sealed, it may allow water to seep past where it will have an easy ride into the building.

It is also possible for the whirlybird to develop faults over time as wear and tear sets in. We mentioned earlier in the article that the fins of the upper part of a whirlybird are carefully designed to prevent water from getting into the vent. Should the bearings that keep that housing spinning begins to fail, it could cause the spherical housing to be slightly off-balance, which may allow some rain through the gaps.

In both of these cases, it is possible to repair the problem. In the case of wear and tear related problems, it may be more practical to replace the vent altogether.

Whirlybirds may certainly look like they would be prone to water leakage, but they actually do a very good job of keeping water out of your home. Furthermore, their primary function of equalising the temperature differential in your attic will work to keep moisture from building up inside of your home, which in turn prevents a host of unwanted outcomes, such as mould, and deterioration of the wooden structure of your home.