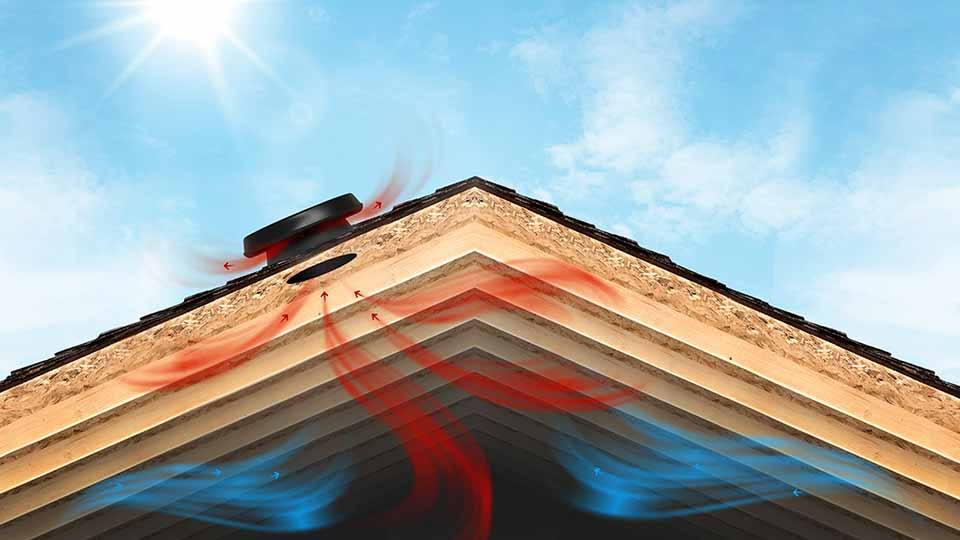 You should not turn your attic fan off during the winter. There is a common—and understandable—misconception that the ventilation provided by an attic fan is only necessary during the hotter summer months, but this is not the case. In fact, it may actually be more important to have your attic fan running during the winter than it is during the summer. There are several reasons why this is the case, and most of them are due to various problems involving water getting into your home. So, should I turn off my attic fan in the winter? No, but keep reading to learn more about why.

One of the most common problems a house can face is damp. Whether it results in mould, degradation of your walls and ceilings, or just unsightly patches in your living spaces, damp is bad news for a home. The precursor to that damp is moisture and, while there are countless ways that moisture can get into your home, moisture in the attic can end up being one of the more expensive problems to repair if left to build up.

Heat rises, and during the colder months when you have your heating on, the heat from your home heads straight up and can get trapped in your attic. Unfortunately, unless you are running a small fleet of dehumidifiers day and night, that air will be moist—moisture running a hot bath, boiling a pan of water, and, yes, your own breath.

When this hot, moist air clashes with the outer roof of your home—which has been made cold by the outside temperatures—it condensates, reforming as water on the underside of your roof. This moisture significantly shortens the life expectancy of the materials in your roof, such as the felt lining, as well as increasing the chances of mildew and mould forming up there.

An attic fan keeps the air moving, which prevents it from staying in one place long enough to condense into liquid water and likely saving you significant expense on roof repairs further down the line.

If you live in an area where it snows, ice damming is a serious problem you should be aware of. This is a process in which the internal heat of the home melts snow that has settled on the roof. This heat tends to be focussed around the centre-mass of the roof, meaning that the edges are typically not warm enough to melt snow. The snow that is melted, however, runs down the roof towards those colder edges. Once it reaches those cooler parts of the roof, the water refreezes, creating the ice dam.

This is a problem because once that ice dam has formed, any further melted snow running down the roof backs up behind the dam. And, with nowhere else to go, it gets beneath the roof shingles and into the house itself.

Shingles are not watertight and are designed to keep falling water—rainwater—from getting into the home by allowing it to roll down the incline of the roof from shingle to shingle. When the waters start going in the other direction—as it does when it backs up behind an ice dam—it can seep in between the shingles. When this happens, it can build up in the attic to the point where it begins to leak into the home proper, causing a great deal of damage as it leaks through the ceilings, floors, and down walls. 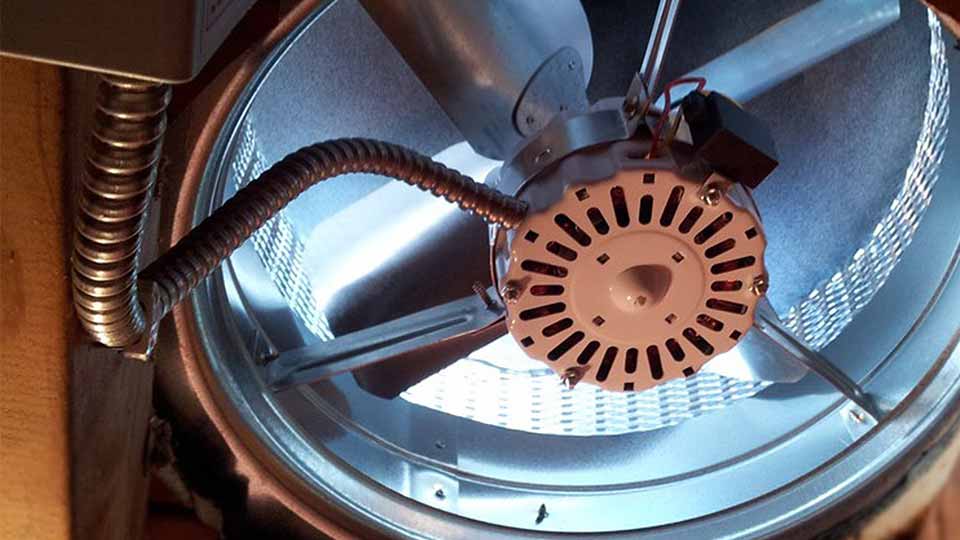 Whether it is from condensation dripping from your roof, or water backing up behind an ice dam, water getting into your attic is bad news for your R-Value. The R-Value is a measure of how effective insulation is. The better it is at insulating, the higher the R-Value.

Most attics are insulated as a way of improving that R-Value. Since heat rises, insulating the top of your home is an obvious way to keep the heat in. Unfortunately, that insulation is typically made from either fibreglass batts or cellulose insulation. Neither of these materials reacts very well to getting wet. In fact, it significantly reduces their R-Value, making them less effective at keeping your home insulated. This also has the knock-on effect that the other problems we mentioned above will then be exacerbated due to more heat being allowed to reach the attic. Furthermore, wet insulation—cellulose in particular—is a breeding ground for mould, and can cause damage to the wooden structure of your attic.

While it is possible to air out wet insulation in some cases, it not a very practical process and it will often be considered more cost-effective just to replace the insulation. Cost-effective it may be, but not necessarily cheap. It is much better to prevent your insulation from getting wet in the first place, which is another reason why it is important to keep that attic fan running through the winter.

Extend the Life of Your Roof

Ultimately all of the problems that can arise if you turn your attic fan off over the winter cause damage to your home and your roof in particular. Whether its mould eating at the roofing felt under your shingles, or the shingles themselves being eroded from underneath by water ingress, it all spells bad news for your roof, and they are not cheap to repair or replace.

Should I turn off my attic fan in the winter? Absolutely not. Whatever savings you might make on your electricity bill will undoubtedly pale in comparison to the expense of repairing whatever damage is caused by water leakage or moisture buildup. Keep your attic fan on, and keep your attic dry.